Blake or Blakey Blakes as I call him.  He's also known as Mommy's Monkey and Luscious. Blake is Mommy's Monkey because very early on he was able to sit on my hip and latch onto me very firmly like a monkey climbing up a tree. Very at home hitching a ride on mommy's hip. I used to worry when I carried Jade around. Not Blake. Blake was like my little totem or mascot who would come with me everywhere I went. Blake has remarkable motor skills and I suspect will be doing something that involves hand-eye motor/ muscular coordination and strength, such as sports or dancing something. I call him Luscious because Blake's face is just lush. He has this amazing ivory skin color, very dark eyes covered by thick long black lashes and dark red lips. His nose is strange, but at the right angle it looks like a lion's. Very fierce. His nose is deeply masculine and it provides a wonderful complexity to what would otherwise be a sort of saccharinely sweet prettiness that he has. Sometimes when I'm changing him he looks up at me and takes my breath away from me. I think he will be king of whatever jungle he's in.

What can I say about this little guy? There was a period probably from about 8 months until 12 months when Blake was turning into a regular tyrant. He was prone to tantrums etc. It was bizarre. It was like he was going through the terrible twos only he wasn’t even one yet.  Every single morning when I got Blake up to put him on the changing table he would start shrieking and wailing and arching his back and trying to throw himself off the table. He would shriek so wildly that I actually thought my ear drums were going to pop. If you've ever seen the movie The Exorcist you'll understand what I was dealing with. I am not kidding. This was going on every single day for months on end. I tried everything to get it to stop. I finally read some articles about how children this age are going through strange emotions and that they often don’t understand the powerful feelings they are having. Forcing him to lie still for 10 minutes so I could change him was driving him crazy because all he wanted to do was roam and explore. He was constantly watching what Jade was doing and would follow him. If Jade grabbed a toy, Blake would take it from him. He threw tantrums whenever he didn’t get what he wanted. He was a veritable enfant terrible.

But something amazing happened a few months ago. My Blakey Blakes came back to me. That sweet little baby he was when he was six months old came home again. He just woke up one morning after some developmental leap and when I put him on the changing table he only murmured a bit and let me change him and dress him like a normal infant. He actually started giggling and playing games with me. It was astonishing. Like a light switch was suddenly flipped on.  And since then he has just become remarkably sweet. And when they do wrestle for toys, Blake is now the one crying. Jayde digs in and won’t let go. Jayde has a wicked little grip on him and a fierce will and determination. Seriously. He is indomitable. You can’t win when Jade decides to go against you. And I can tell that even though Blake is taller and much heavier, Blake feels powerless against Jayde’s will. They will begin a tug of war and then Blake will just give up and start crying. And my heart goes out to him. Jayde has somehow figured out that the name of the game is stamina. If he can outlast Blake, he’ll win. He holds on with his iron grip and won’t let go. Little Jayde, it would seem, is the dominant one between the two of them.

When he and Jayde were fighting over a toy recently, I said to Blake “Can you share the toy with Jayde? Can you give the toy to Jade?” Blake looked at me very seriously as if he totally understood me, turned and handed Jayde the toy with a smile. He genuinely seems happy to give Jayde a gift. And he also likes to share his food with me. He picks up pieces of his food and tries to feed me. And if he succeeds in getting a piece of food in my mouth he starts shrieking with joy. As everyone remarks in daycare, Blake is just sooo happy. He’s always happy and bubbly now.  I can only hope this lasts.

The main thing that’s fascinating about Blake is that he’s able to do some complex problem solving. A few weeks ago he just decided he was going to open the door to the nursery and walk out of there. The problem is he’s not tall enough to reach the handle. So what did he do? He went over to the cribs, got a box, placed the box infront of the door, opened the handle and walked out into the hall. My jaw dropped open. He had barely started walking and the next thing I know he’s got free run of the house.

The photos I include here are from a hike we all took in Mount Diablo last weekend. Blake and Jayde were able to hang out and hike with their cousins and aunt all day. I have an all-terrain stroller and yes I pushed them all the way to the top! 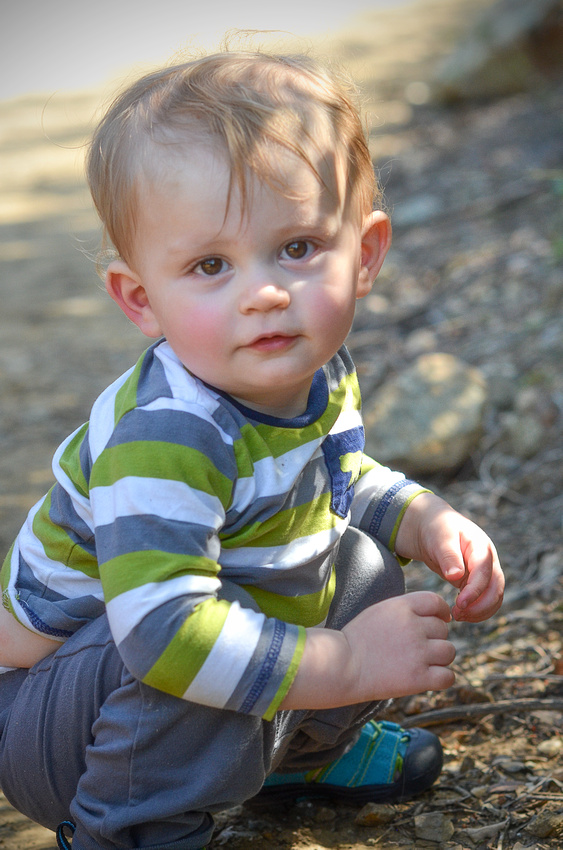 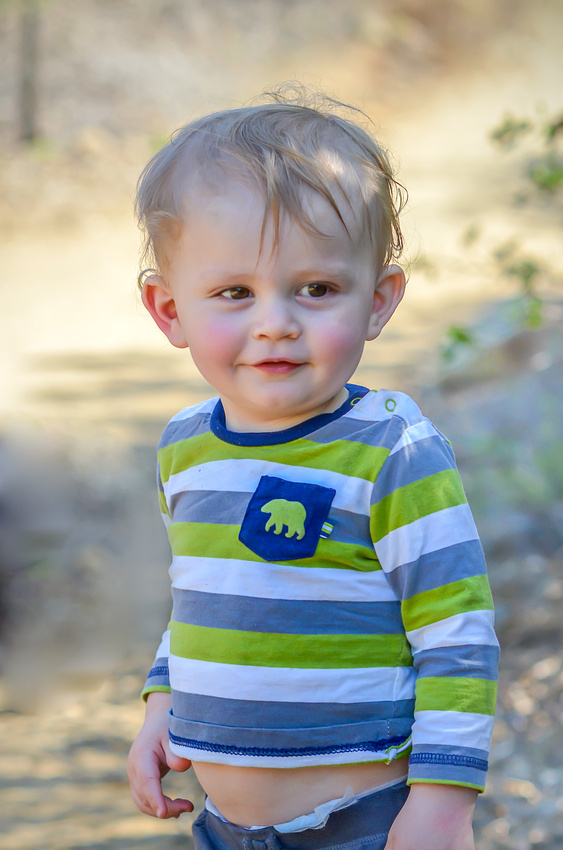 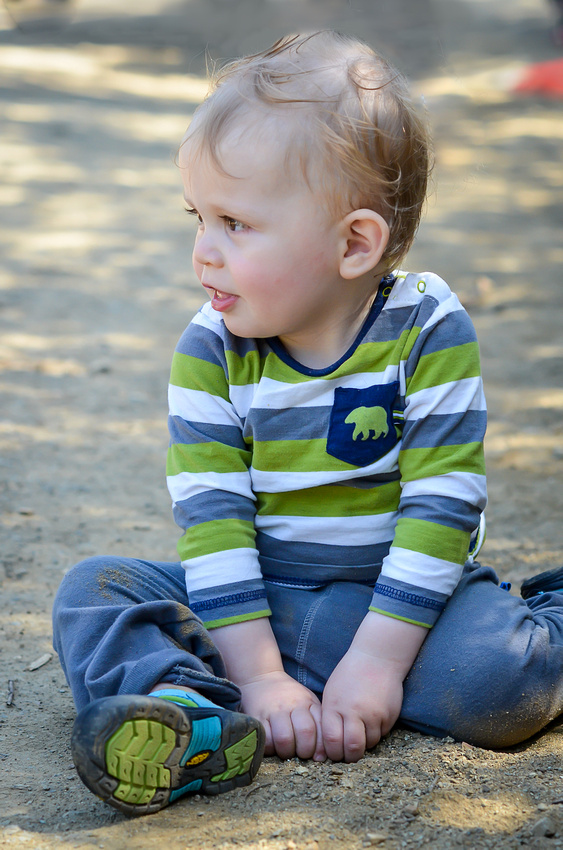